<Sky land >
Star that becomes stage of this work. Star different from the earth somewhere.
People are calling an own star system so.
Human beings are always born in this star-system as "Woman" as nature. < Fountain >
When she becomes 17 years old, woman in this star that has appeared as a woman all faces this "Fountain".
Then, it ..sex.. ..choice.. female or the second choice sex /jender "Male" becomes "Adult".
Omiya Onashia(= The great priest) rules the ceremony in the fountain.

<Simoun >
Twin-seater type flying boat for ceremony to the god.
Originally though it did not have the combat efficiency
To fight back against the invasion from the Shou - nation, it is remodeled to use it to combat.
The one that is called "Simoun" in this volume basically : in the one of the combat specification.
All are the one of the Twin-seater type though there seem to be some kinds of shape of the airframe.
However, it is called " Shimil" boarded when hero Arel appears first.
The one of the single-seated type seems to exist, too. 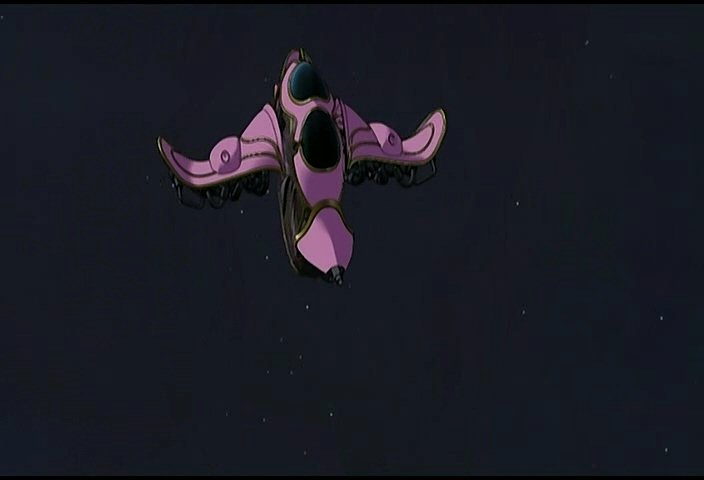 < Helical Mortoris >
It is called the engine of apart from others, and is a green globe that is the mainspring of the Simoun.
The power theory though it is being concealed by another country
It is said that details will not have been clarified yet.
After it kisses, passenger ..two person.. Simoun to the start :.
Ceremony (?) that kisses the main body of helical Mortoris's starter is needed.

< The Choir/Chor or Call?? >
Combat platoon organized with two or more Simoun.
The Shou-nation in the first story besides Choir Tempest that heroines belong.
Call Capt etc. annihilated by the attack exist.


<The Choir Tempest > * Choir is Chor or Call??
TheSimoun force that belongs by heroine Arel, and becomes center of story.
The member of the story initial is Neviril, Amuria, and Paraietta.
Caim, Alti, Froe, Rordoreamon, and Elly
It had been formed by four members of other uncertain name.
With Amuria to which Neviril and the combination are united by the combat of the first story
Two (CV: Nana Mizuki and Mizusawa Shie) of name uncertain members die on duty.
Two remainder members (CV: Morinaga-ricca and Tamagawa-Sakiko) also will leave from the corps.
Arel and Rimone join the army as the replenishment number of men in the last stage of the first story.

It shot by 01 episodes on the invasion of Argentum Nation Corps, and it annihilated.
Afterwards, it was formed again by the replenishment soldier.

<Choir Lbol>
Shimoun Choir that belongs to Arcs Prima.
The corps is divided into two and it takes charge of the patrol duty at daytime and
night between call The Tempest's being not able to act.
The member is Vura another 11. (Total is 12) <Choir Dextra>
Another Shimoun Choir now collapsed at the war.
Dominūra is the last remain of that corp..

Another Choir, auriga Mamiina and sagitta Yunn on board Choir Ignis belong to career "Arcs Niger." until Ep.6. 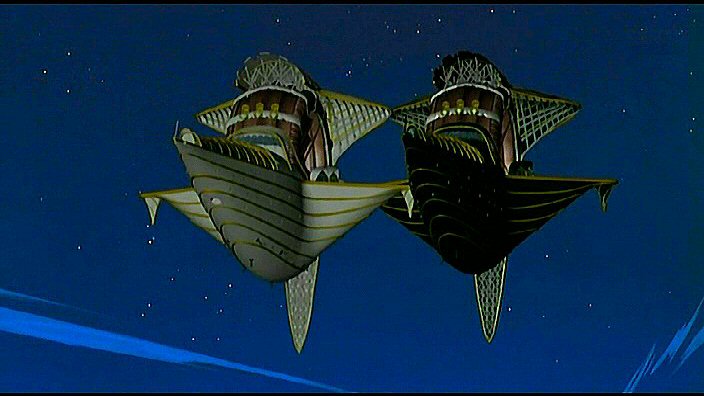 
Pilot of Shimoun that belongs to Choir
With the usage that simply calls the pilot "Pal"
There is a usage that indicates the other party of the combination who boards simoun together.
(Example・・・・.” Arel applied becoming Pal of Neviril. become..apply.”）

< Regena >
Leader and commander case of one call
Regena of call The Tempest is Neviril.


< Ri Marjon >
Empty prayer. It is originally a ceremony of the prayer prayed to the god.
By drawing the pattern in the sky in the shining track that the airframe of Simoun draws
The one of moved a kind of magic. There is shape of many hundreds of.
Only the one to do the attack against the enemy force appears by present.
Tracks are combined with two or more Simoun, a complex square is drawn, and stronger.
The one can be moved, and it becomes infinite shape by the combination.
When light disappears by the track's being interrupted, Ri Marjon is not moved.
Though Ri Maarjion is assumed transmitting from the age of old
Ri Maarjion of the Falcon, the Shark, iron, and Sui-gyoku (Jade-Ball) appears at the first story.

The analysis doesn't end in old Ri Maarjon, and using it
It is said it is dangerous, and The Jade Ri-Maejion also called "(Green) Emerald Ri Maarjion" fails
and drives recklessly in the first story.
It has become the result of depriving of the life of Amuria.

"Kongoseki" Ri Maajon
(Means "Diamond Barrier" Ri Maajon, using the old word for "diamond" that appears in the title of the Buddhist holy book the "Vajra"Sutra.
The wake turns a cardinal point to the axis and the cardinal point, too, is slowly but moves.
I make one circle per plane in the diagram which combined more than one * 1 different yen with size, making two a cardinal point.
I resemble silver Ri-Maajon but the danger of the fuselage contact in the cardinal point is very high from the difference with the period which makes a circle. The sphere which obstructs an invasion by the object inside is created when actuated.
It moved while protecting Arcs Prima inside the sphere in 9 stories.


< Auriga >
It sits the main pilot of Simoun and it sits on the seat under the airframe.
The latin meaning is Coachman


< Sagitta >
It sits the sub-pilot ＆navicater or gunner of the Simoun and it sits on the seat in the upper part of the airframe.
The latin meaning is "Allow" also nebula"s name...

< Tempspatum >
Belief object in Imperial princess country and the one like goddess.
The first story of the realities has not been clarified yet.
It seems that power is given to the movement of Ri Marjon.
Tempus Spatium means to "time-space" that point is It agrees to the
operation principle of the " Helical Mortoris"
.
<Deux /Dyux>
The steward/stewardess of Sibylla's .
In many cases, the person of an opposite gender person (= ＭＡＬＥ) often serves...


< Shivura/Sibylla >(Origins in ancient Greek female prophet)
Not gone to "Fountain" regardless of more than less than 17 years old yet and to "Adult"
Man in state that doesn't become it (It has not decided whether to become a man or to become a woman).
It is called, "Shrine maiden", and it offers the invocation to Tempspatum and there is a comforted role.
Especially, the person who has the ability to manipulate Simoun is called Simoun Shivura.
If it is not Shivura, it is assumed to touch Simoun not to be able to do.


<Sibylla Aurea (golden prophetess)>
Title of honor of Neviril. A present person is not a real name as for the thing of Neviril.
It seems to have to call on this name.
It is called the shrine maiden of gold.


< Marju >
Going of Neviril in the second story, and ..dance.. to have imitated Ri Marjon.